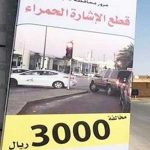 A driver in Saudi Arabia is caught by the Traffic patrols in Taif governorate, Mecca province. He was charged for driving at very high speed in a vehicle without number plates, and posting clips on social media. By the act, he put his life and the lives of others at risk. After stopping the vehicle, the Saudia General Traffic Department took and published photos, and … END_OF_DOCUMENT_TOKEN_TO_BE_REPLACED 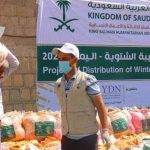 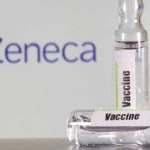 AstraZeneca signed a supply contract with the Philippines to provide 2.6million doses of its coronavirus vaccine on Friday. The vaccine will protect a whopping population of 1.5 million people. The vaccine developed by the researchers of Oxford University in collaboration with the British pharmaceutical giant is enough for almost two-thirds population of the country. The … END_OF_DOCUMENT_TOKEN_TO_BE_REPLACED

Ministry of Human Resources and Social Development Saudi Arabia has issued a circular stating that foreign husband of Saudi wives or non-Saudi wives of Saudi men must transfer their sponsorship in case of separation within 2 months. The reason for separation can be the death of the spouse or divorce. To Transfer sponsorship the foreigner must find a job within 60 days and … END_OF_DOCUMENT_TOKEN_TO_BE_REPLACED 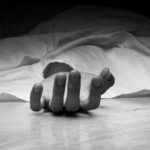 A private hospital in Jazan, a port city in the southwest corner of Saudi Arabia, declared a healthy Saudi woman as dead, causing great sufferings and sorrows on the family, local media reported. The woman’s son, Mousa Al Mannai,  explained his mother was taking care of his sister, who died in the same hospital. But the hospital recorded the mother and her daughter among the … END_OF_DOCUMENT_TOKEN_TO_BE_REPLACED

Be The First To Get The News